A figure of speech.

How can a photographer best sell their craft in print? By knowing what value it can offer to their clients, and… by being a linguist. 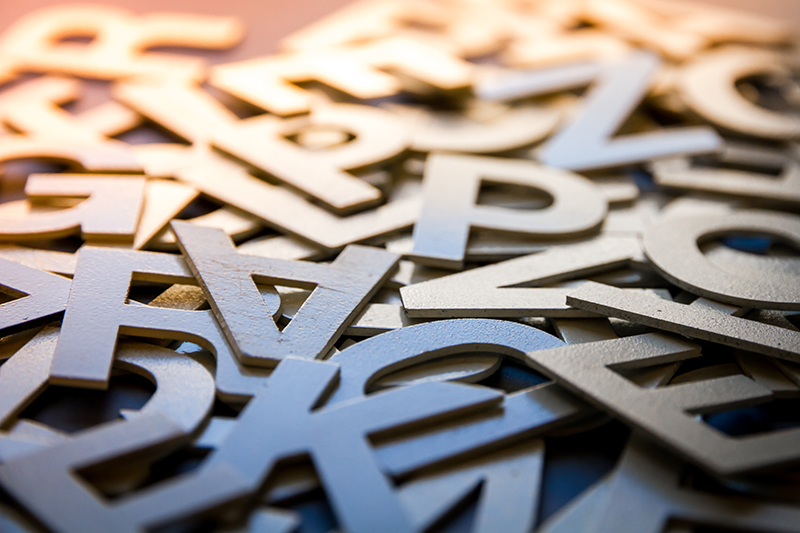 What we’re talking about isn’t “value” in its material understanding. It also isn’t purely sentimental value, with the photos being passed down in the family or kept as a souvenir. Of course, these forms of value exist, but today we’ll focus on something that is often overlooked.

The depth of a photograph

In order for you to get the big picture (or photo) we’ll first need to look at a few studies. To start, here’s what Mette Sandbye had to say when referring to family photo albums, when writing a publication discussing the relevance of family photography in general:

I would claim that these albums are about social and emotional communication, they can be interpreted as ways of understanding and coming to terms with life, and at the same time they document more sociological aspects of daily lives that we do not have access to from other historical sources.

In this citation, I would like to highlight the mention of “social and emotional communication.” This overall notion is addressed multiple times throughout the publication, using the voices of several other bright minds:

Chalfen argues that family photography must be seen as at the same time a process and a ‘‘doing,’’ an act of communication and a ‘‘symbolic activity.’’

[...]Elizabeth Edwards, moreover, has stressed the importance of touch, and she considers family photography an important part of oral culture. Edwards calls family photography an interactive medium, because it creates history and makes feelings emerge that otherwise would not have been articulated, if the images had not existed. [...] Edwards calls photographs ‘‘a form of interlocutors,’’ because they literally unlock memories and allow knowledge to be transferred or passed down to the present.

[...] In contrast, one could address another French photo theory milestone, Roland Barthes’s Camera Lucida (published posthumously as La chambre claire in 1980), which takes a phenomenological approach to photography, identifying the deeply personal affection and even grief that family photos can offer viewers.

So, what can we gather from all this? The consensus would say that photographs can be a communicative visual medium, and naturally, a highly emotional one at that. Could photographs be considered something akin to a visual language? A language, which, using all of its intricately woven details, can formulate and express complex emotions? Let’s dig a little deeper.

Here’s what a study from 1989 had to say, after several dozen albums from multiple different photographers were examined:

Photographs not only record events but also allow the maker to group them for presentation in a structured manner comparable to verbal narratives, most commonly in photo albums. [...] Albums are intensely personal; they create a relationship between the presenter and the viewer; the audience is small; the possessor plays an active role in the album's presentation; and there is an accompanying verbal narrative. This narrative is crucial to the understanding of the album.

Here, we can see a seemingly more apparent focus on the concept of photographs expressing something as a language, a method of encapsulating and reiterating information - be it historical, emotional, or of personal value. It also presents the importance of a person relating to the album, elaborating on it, further adding to its better-known form of sentimental value. Passing down the narrative of an album through the family tree would be significant to that family first and foremost, but not as much to others. 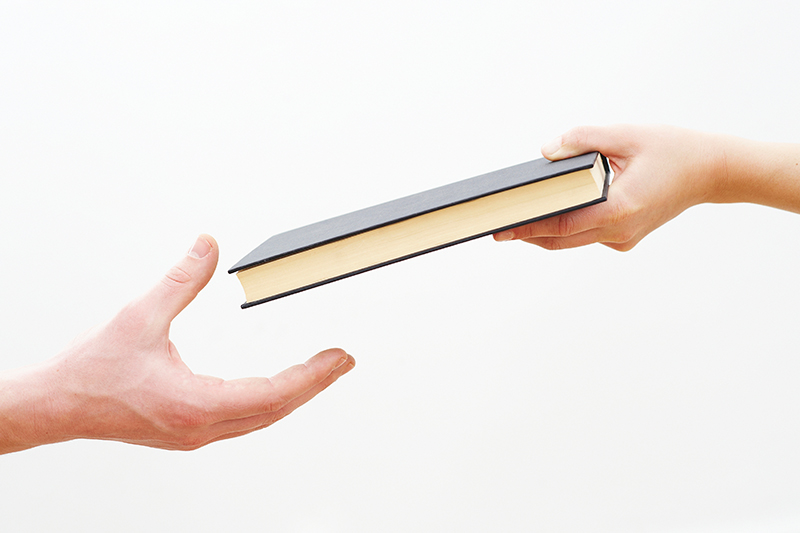 Moving on, we’re now going to step into something a little grim, albeit still definitely worth mentioning for the insight. A study was conducted which sought to see the effects of using family photo albums on patients undergoing Dignity Therapy. This form of psychotherapy is primarily focused on providing comfort to end-of-life patients who are suffering. This is what the study had to say:

(Albums) “facilitate recollection, enabling patients to reopen windows that time had closed and to look at past experiences in order to grasp a sense of unity—something that values define with precision.”

In other words, albums (and by extension print products,) can not only assist in memory recollection, but are also capable of molding raw emotional value into something more - deep, unfiltered introspection and contentedness.

This also partially justifies some seldom seen types of photography, such as funeral photography. It creates a tangible connection between those in the present, and those who may soon be in the past.

Adding these things up, we now have some understanding as to why people might look so fondly at keeping photographs in general. We can see how, just like art, their expressive form can be used to convey things in the same way a language would, through the power of emotion and visual cues. This kind of value promotes the self-development of one's character through reflection as well as the upkeep of their mental well-being.

Of course, you as a photographer need to turn this into practical knowledge, as you may be able to keep this in the back of your mind, but it’s not exactly a topic which you could start covering during a sales meeting. You can consider your combined photography experience as a way of being able to distinguish the good and the bad in visual language, just like a linguist would with grammar in their written language of choice. So, let’s elaborate a little on the self-development and mental wellness aspect just a little further. After all, this is the “hidden” value we’ve been alluding to.

The thought that counts

To put things into practice, start by turning towards the physical aspects which you can change. Let’s get one thing out of the way - less is more.

The study linked above points towards a smaller number of photos taken during a specific event sustaining more meaning, as less interactions become “staged” or “set up” for the photographer - thus, making the subject (or subjects) rely more on what they can extrapolate from a more limited set of photos. This may help in taking less of your time for shooting or designing in specific photography genres, or increasing your perceived value as a service.

5 Really well-made, unique photos (perhaps in larger print format for upselling purposes) will not only make them stand out more in the subconscious mind of your client, but will also assist them in promoting better memory habits. This also means that we can theoretically prove why Albums with only one or two photos per spread look more appealing and less “cluttered” to some people. If we connect the theory covered earlier with what we’ve just learned, we can also make a safe assumption that photos such as this can lead to a happier, more fulfilling life, if the client decides on getting professional print. 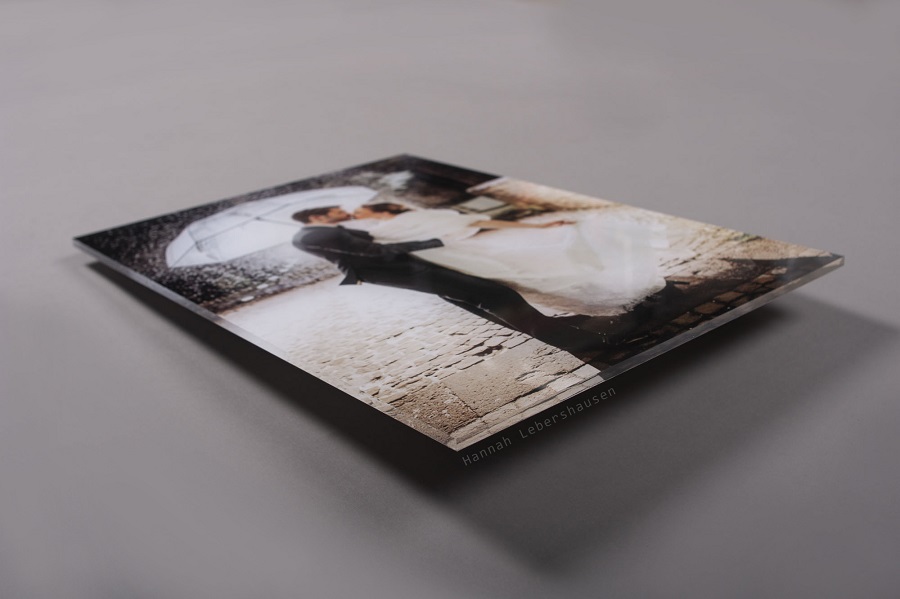 How about the other way around, could smaller print products be valued higher due to psychological factors as well? Indeed, they can. Here, the positive mental effect actually transcends the mind - this study confirms that looking at a photo of a loved one can reduce ongoing pain and stress levels.

This only adds to the already obvious list of reasons why one should offer a small add-on - consider giving the Accordion Mini-book or Triplex a quick look. The former would make for an ideal gift after a mini-session that one could carry with them at all times, while the latter can make for an excellent, easily-movable decoration and qualifies for the aforementioned “less is more” approach.

To conclude, we can now show and prove that photographs in general (both print and digital) provide a positive change in people’s lives, on a much deeper level than perceived by the average person - but through its unique sense of touch, separate physicality and personal accessibility, it’s print that takes the lead, with its own special level of unseen value.