Soaking in Sales - Photography, the Weather and You

When it rains, it pours.

Sometimes, the weather outside may appear so poor that rescheduling the shoot you were booked for may seem to be the only option. Your dreamy outdoor photo shoot is ruined, your client somewhat disappointed, your schedule backed up. But sometimes, appearances can also be deceiving - does it truly have to end this way?

You’re more resilient than you think.

To even consider the idea of going through with a “risky” shoot like that, we’ll need to know what the alternative to your typical golden-hours, cloudy-weather session would be. What are the advantages of a shoot done under harsher weather conditions, and how would it affect your end result, if at all? Make sure to check in with your client to see if they're interested first, of course.

By the end, you’ll begin to notice that every “risk” has its workarounds, and every type of heavy weather has its potential rewards!

The first thing that should stand out to any photographer is the setting itself - where and when a photo is taken will affect how it “feels.” The same applies to the weather conditions that may occur during your shoot.

Rain increases color saturation, so environments that would usually appear dull can gain new appeal. Photos taken just after rainfall can end up with stunning, natural colors. Different photography types can also take advantage of the unique setting to create beautiful, candid shots, like wedding umbrella shots, shots between door arches, utilizing water reflections, puddles and so forth, rather than creating those artificially in post-production. 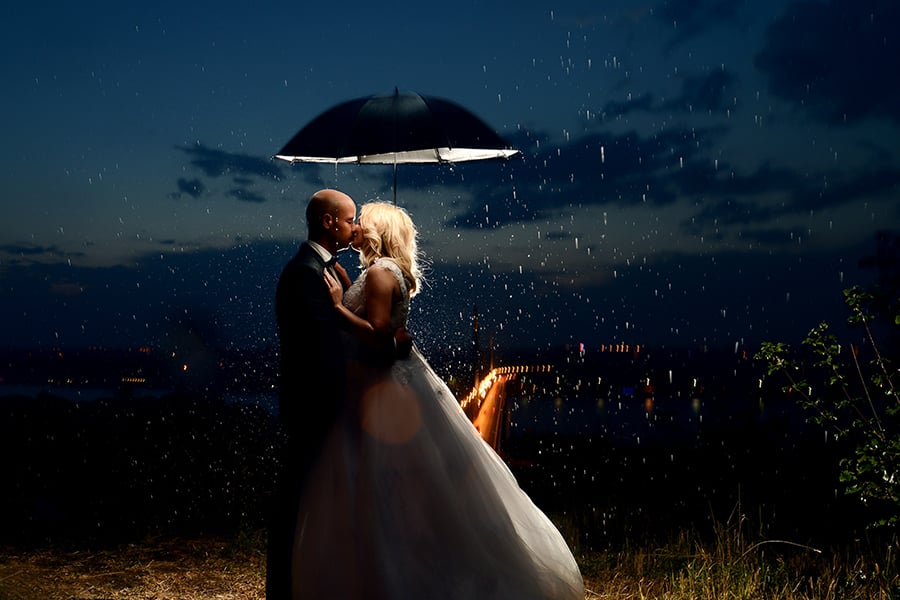 Snow can make colors appear softer, especially during snowfall, as your camera’s processing will try to fight the surrounding snowflakes. That being said, snow will also add a new backdrop element which adds another layer to your end result. You may have to overexpose manually to get a desired look.

Wind allows you to capture things in motion more easily. While not necessarily advantageous to most conventional photographers, there are many use cases which can work during shoots, like using fallen leaves as a backdrop if they fly near your subject. Objects in motion can help contrast the non-moving too.

Clouds heavily affect overall lighting, which can drastically change the mood of a photo. Different types of clouds give different results, such as low clouds adding mystery and working as a backdrop. Clouds will give your camera's processing capabilities more detail in all the right places by softening contrast and shadows. You can also easily adjust them in Photoshop to get the desired effect. 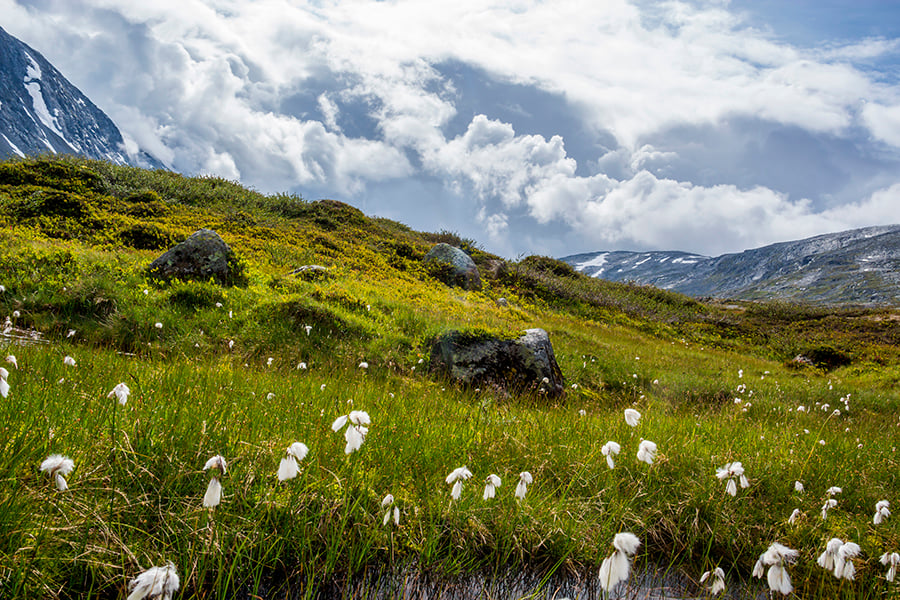 A fog can isolate your subject and definitely gives off a mysterious appeal. Various distractions will appear almost as if removed from the background. 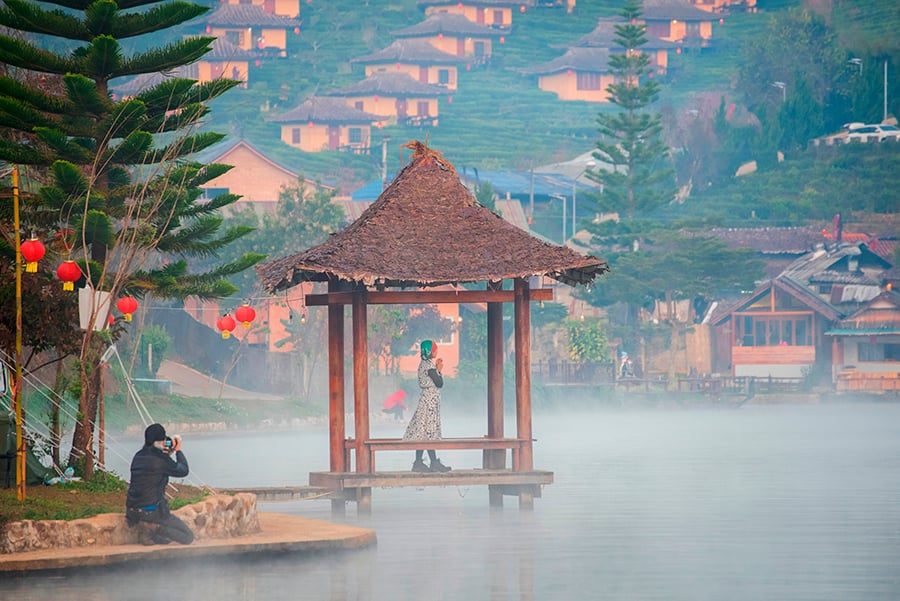 What about our favorite ball of flame in the sky, the Sun? It could be considered as one giant, somewhat reliable backlight. While shadows become harsh under direct sunlight, they can be used to create interesting patterns, adding to the background or the subject itself. You can create some unique settings under twilight as well. 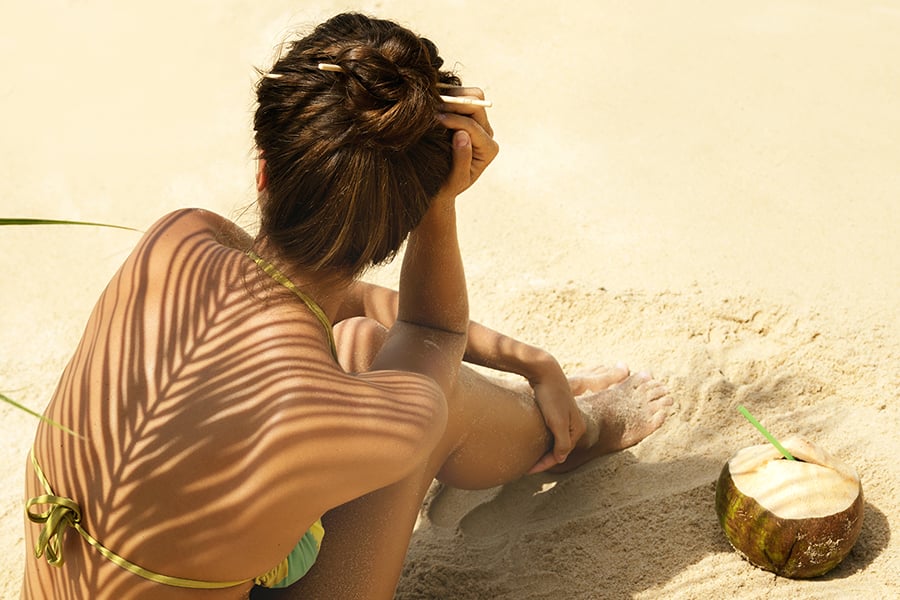 All of these possibilities undoubtedly have a lot of potential - so how do we mitigate some of their shortcomings?

Can indoors shoots really benefit from this?

We’ll go into a few notable examples, instead of just leaving it at the fairly obvious case of natural lighting.

So - we can now see that there is always a time and place for your photo shoots - anytime and anyplace, that is.

Once your photo shoot is done, all you’re left with is to put it together into one, complete work of art. This presents you with an excellent opportunity to pair the colors of your work with one of our professional photo products. Having photos from a shoot with strong weather can accentuate it further! 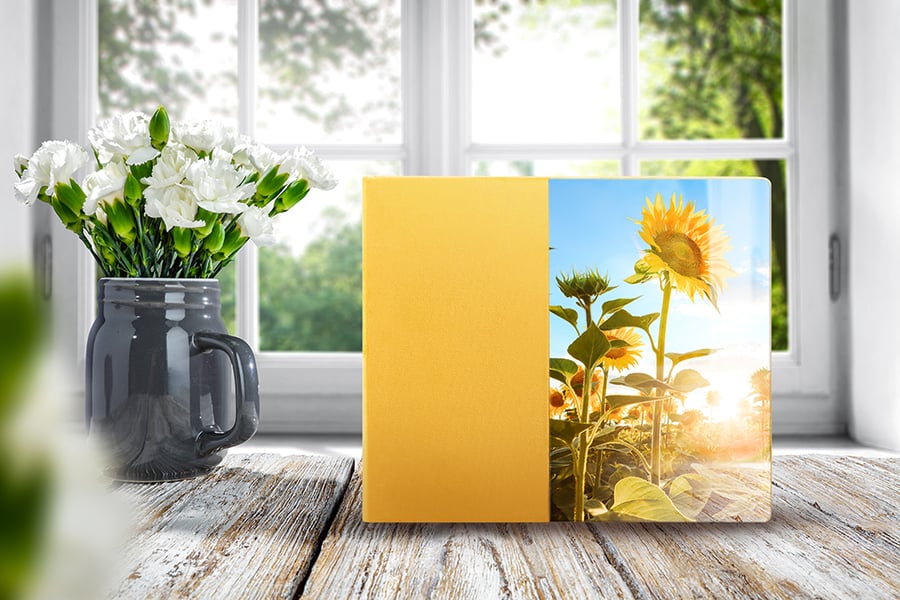 Interested in trying this out? Get a 60% discount on your next sample by signing up below.