The Rise of Smartphone Photography - A threat to your business?

That’s how the current state of the photography industry might make you feel.

It’s for good reason too. The average consumer is finding it increasingly more difficult to justify spending large sums of money on a professional photographer with each coming year, especially with the advancements many smartphone companies have made in their respective camera departments in the last several years.

This is causing significant amounts of people to attribute a “do-it-yourself” attitude for most kinds of photography. If you haven’t noticed this attitude, it’s likely because it’s only a growing trend - for you. While well-established photographers may not be met with this notion often, frequently obtaining clients just with the renown amassed in their community; photographers new to the IPS scene are struggling with ever-increasing reluctance in sealing that coveted sales meeting - some giving up before even turning up a profit. Such is the case with any small business.

The effects of this trend may not be felt immediately, but as each generation grows up with access to more and more advanced tech, it’s easy for them to become convinced that said access will substitute the work of a professional photographer. This has already happened in the camera industry. It’s not too wide of a claim to presume that it has had a knock-on effect on pro photography. 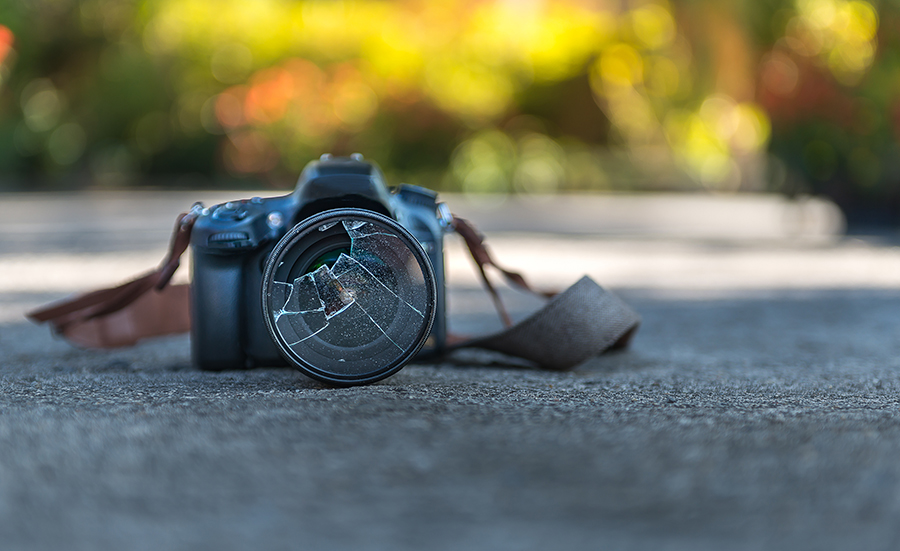 Up until a few years ago, it was perfectly normal for the average smartphone to have two cameras - one on the front, one on the back. The one on the front, also known as the “selfie” camera would often be regarded as the weaker one, likely due to the smaller amount of workspace it often had, as a larger selfie camera meant bigger phone bezels and less usable screen space. Then, smartphone companies started experimenting - the ulterior motive being to gain that edge over other brands, to give the consumer another reason to consider their brand of smartphone better. This led to many creative twists on phone cameras which smartphones have slowly amassed with each passing model. Some were successful, most were not.

You likely remember the time when “pop-up” style smartphone cameras started to become a thing. This is probably something that will stay, though with varied levels of success. The biggest advantage is obviously the better screen ratio, and the more compact design that this offers. While some smartphones have implemented them to great success, some others were met with severe compatibility and design issues. This was especially the case in designs where the back camera was designed to flip around to be used as a selfie camera, with apps such as Snapchat initially not differentiating the required modes.

Another side trend that popped up in the last decade, likely due to its cost-effective nature and worldwide market influence, were multiple cameras on one phone. First starting out as a somewhat expensive gimmick, these gradually became more and more reliable and interesting, eventually becoming accessible at just about every price point. This happened when manufacturers realised they could offset specific camera functions to specialised “side-cameras” in excess of the main one, essentially saving costs if one were to compare the notion of designing one main camera for everything, potentially turning each smartphone into an uncomfortable brick.

Of course, each trend has its own caveats - the more “budget” oriented phone brands eventually started adding these side cameras either just for the sake of them being there, or with weak overall parameters and even weaker processing, rendering them useless. In some cases, the main camera would be more capable of doing specific tasks than the side camera designed for it.

Long story short, we went from having the usual 2 smartphone cameras to sometimes even 5 on one side alone. In some cases, they weren’t even designed with various purposes in mind, just for the idea of capturing as much information as possible to be combined into one image.

Some companies have even begun experimenting with AI, offloading some of that necessary processing power to automated work, which often results in brighter, sharper images - at the expense of a very “processed” look. This leads us up to where we are now.

So, what happened? With smartphone brands realizing that a higher camera-to-phone ratio became the industry standard, they had to go back to the drawing board. The most recent phone camera trend has ended up becoming less of a gimmick - and more of a direct upgrade to what we are used to. We’ll cover a few notable phone model examples below, so feel free to skip past it if the technical stuff is not your cup of tea.

Before we move into any examples, it’s worth mentioning that many phone review websites offer comparisons between the photos taken on almost all publicly available phone models - it’s worth checking it out for a visual example of how the technology develops over time.

What does all this mean?

Simply put, the technological chasm between smartphones and standalone cameras is growing thin. Some phones have begun to use separate processor chips for their camera module as well. With trends such as these, we’re bound to see more cost-effective options pop up in no time - giving more people access to nigh professional-level equipment. 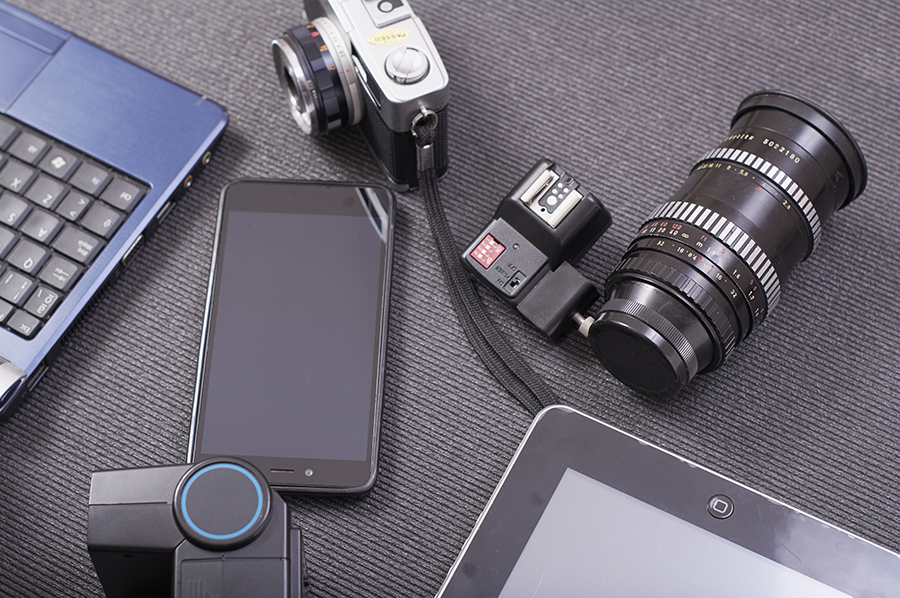 All of this may sound harrowing to you as a professional photographer - which is why you need to be armed with the know-how of what makes you, you. To give you that edge over reluctant clients, who have become convinced that their 1 inch lens can do better than you.

This one is fairly obvious. The combined effort and skill a photographer can exert into their craft will outdo any AI and processing module to date. The experience a photographer garners over the years allows them to do much more with a photo during its prep and editing stages, whether it’s on lightroom, photoshop or anything of the sort. Also, cameras advance in complexity just as phones do, they haven’t stopped becoming better. They have the physical advantage of being able to possess a larger sensor, lens and dedicated main chipset, something a phone would be unable to provide without weighing a ton, or requiring some kind of advanced modular design (something which actually flopped in the past!)

Consider this - not everyone has the time to sit down and work their way through a photoshoot’s worth of files, and even fewer people have the know-how to go any further than to apply an Instagram filter on their pic. This is where you come in. Show your client that you can do all of that for them - and so much more. Show them that you have the know-how in composition. The know-how in poses, moods, angles, lens differences and everything you work with on a daily basis. Show them your work.

Interestingly enough, some photographers have actually begun experimenting by using smartphones for their less formal shoots. This way, they can combine the convenience of having such a portable device with their craft - which allows them to mask all the inadequacies of a phone camera, or use them with an artistic flare, in the same spirit as those who purposefully shoot on damaged film. There’s reasonable evidence suggesting that smartphones have brought more people into photography than ever before, some of which then end up getting high-spec cameras of their own. You’ll find photographers on Youtube giving people tips and advice on how to make the most out of a smartphone camera.

Printing - more exclusive than ever before

The act of printing out one's photos may be more accessible than ever, but uninitiated consumers will likely spend their time working with pharmacy printers or something of similar quality. These are usually limited to prints, and even then, most aren’t even close to being of archival quality - and let’s not even get into the color reproduction. 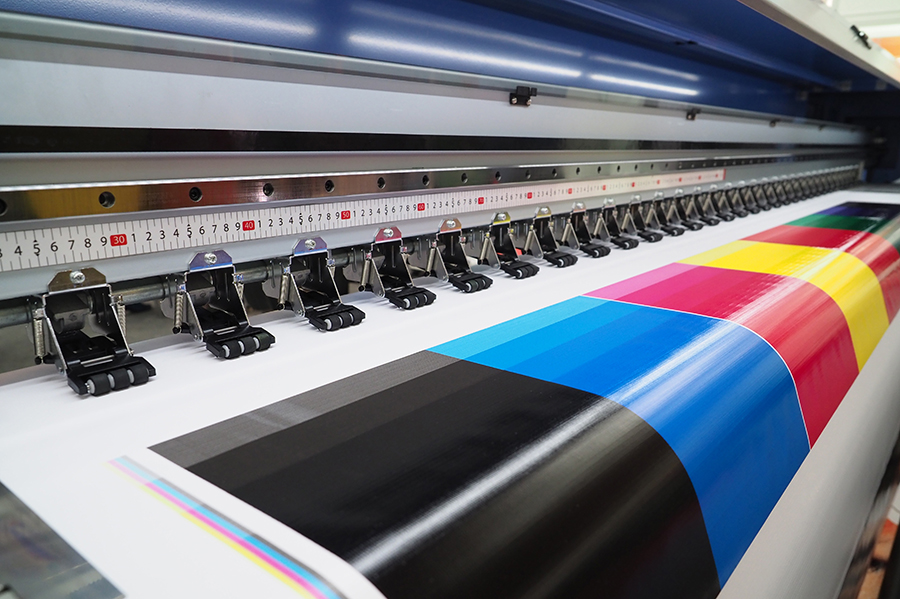 You, as a photographer running a business, are in a unique position where you can take advantage of professional printing labs which are not normally accessible to most. This gives you a much better incentive to offer print products as you are almost guaranteed to offer something better than what the client could get for themselves. This is also a direct counterargument to the do-it-yourself attitude. Let’s be honest, many people are willing to invest in a good smartphone, but not many people are willing to invest in a professional-level home printer setup.

The demand for print, even in these “save some cash by doing it yourself” circles is fairly evident. Search results for printing smartphone photos or any keyword combination of that sort will end up forwarding you to suggestions of Walmart prints and the like - and you know that one can do better than that. All that this hints towards is that it will be beneficial in the long run to educate your prospecting clients on the benefits of higher quality prints, and on why casual printing is not a long-term solution. This leads us to our point below.

The shifting tides of marketing

With everything above in mind, it would be hard to ignore the fact that brand image is becoming more important than ever. Hence, we have to highlight the importance of making your marketing at least somewhat informative of your craft, by making sure that your client knows exactly what they can get by using your services; the process you must go through to set up a shoot, the props, the equipment and the prep that all of this may need.

It’s also a good idea to familiarize yourself with the tech that you use for your shoots, so that you can alleviate any doubts and answer any curiosities your clients may have. One easy example is the aforementioned processing issue - your camera will do a much better job of saving detail and information which you can then work with on an editing computer. It also enables you to have a much greater span of control over how the image will end up looking, both physically, with interchangeable lenses, and virtually, with a dedicated editing software of your choosing. While a prospecting client may even invest in a mid-range camera, they may not know how to make the most of it, or what to do with the photos once they are taken. 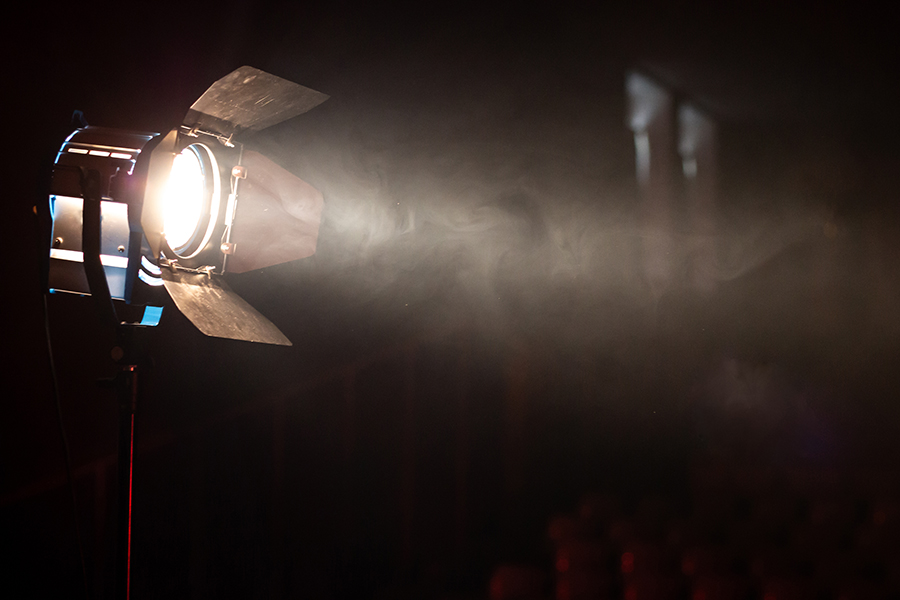 The possibility of offering better print as a result of using a dedicated camera is the final nail in the coffin. Photos taken with a phone will be perfectly suitable for experimenting on smaller home prints, but the innately low quality and grain will become very visible on larger formats. One can’t make a perfect Photo Album if the photos themselves don’t reflect the quality of a truly professional print product.

So, to put a more positive spin on the topic, let’s just go over the benefits of both methods of photographing. After all, with all of these advancements it may eventually become possible to create professional photos from the convenience of your phone. The devices may change, but your skill and specialty as a photographer will never go away.

Reasons to consider shooting on a phone:

Reasons to consider shooting on a camera:

To answer the title’s question, no; if you aptly prepare your business and its future, your work as a photographer won't go away.

Looking to take advantage of what your tech can do?

Start offering superior print products and attract more clients starting tonight. Make use of our FREE complete Mockups package and download images for the products that you really want to sell.

How to Effectively Grow your Business with Mini Sessions

Market and Make Money from Home with Project Designs & Mockups