From Starving Artist to High Street: Pro Tips from one of Europe's Greatest Photographers

What KFC Taught Us about Photography

Sometimes the greatest inspiration can come from the wildest of places. You won't believe the latest motivator for you to produce and print some great art. Learn how KFC can teach us a thing (or two) about photography.

For all of you state-side it is likely you missed the news on the crisis that swept across the UK the other day: KFC in the UK ran out of chicken. I know it sounds like a bad joke, but it’s true. The chicken magnate, dependent on delivering a variety of chicken-based dishes to hungry clients, went empty on their most important ingredient and were compelled to temporarily close hundreds of stores as a result – whoops. It’s all good though, KFC responded in the best possible way; with an effective, cheeky apology.

OK, great, but what does the this have to do with photography?

As the saying goes sometimes inspiration can come from the most unlikely places and this incident, and KFC’s response to it, highlights two important truths relating to photography. First, photographs are one of the most profound mediums of communication with their immediate and direct messages. Second, when in doubt, print it out. If you have your images printed they’ll leave an even bigger impression.

For those of you who got side-tracked and clicked the link to the main story of this episode you’ll understand a little better where I am going with this; for those focused ones I’ll be sure to walk you through this. The kicker in our KFC story and where it really meets the world of photography – our world, is KFC’s response to their problem. They actually published two versions of an apology- one, and then a successive apology because the first was not so successful. The difference in the two apologies, and the subsequent reaction to the two responses, is where the real crux of this post lies.

Lets face it, no client likes when a business makes a mistake and they end up being the ones who suffer as a result. KFC’s UK clients were no exception; they were not happy with the news. At least not with the first way in which KFC responded. 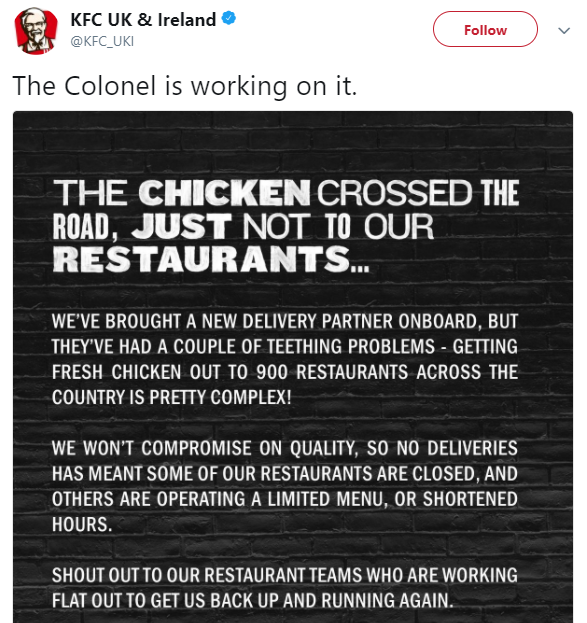 Immediately, as a way to address the issue, KFC published a somewhat lengthy, black-on-white text on their social media channels. It was an attempt at a humorous “whoops” written in a laid-back, informal voice; but the message didn’t ease the anger and cynicism of their client base. On Twitter critics remained focused and lamented KFC. They nit-picked the words used in the apology to find any way to criticize the company – even if it were irrelevant - and ultimately questioned the firms overall decision-making since it was a recent change of delivery companies that ultimately caused the issue.

Second is the Best

However, the second damage-control post was much more effective. This time, rather than relying on a clunky block of text, the company went with a creative photo instead. The photo, depicting an empty KFC bucket lying on a store floor with the letters K-F-C cleverly rearranged to read “FCK”, conveyed a message that was immediately clear. It instantly and simultaneously communicated three key points for KFC all at once: identifying that there was a problem, indirectly owning up to that mistake, and infusing the perfectly appropriate amount of humor and fun for the occasion. Again, all these messages were understood seconds upon viewing the photo. This directness, immediacy, and boldness is something a block of text, or most other mediums, cannot effectively achieve – only a photo. 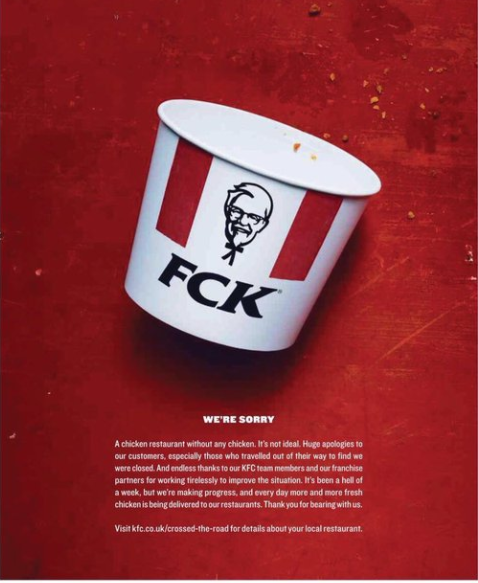 Indeed, even Twitter approved. What was essentially the same message but ignored and ridiculed in the form of wordy apology was now being labeled as “brilliant,” by Alex Goy on Twitter and welcomed; “Apology accepted @KFC_UK ! Best apology ever !!” exclaimed Amandip Kaur, an amused Twitter follower.

A Picture’s Worth a Thousand….

In truth, the second “photo apology” included a body of text as well. Despite a larger, seperated “We’re sorry.”, the text was condensed in actual size and placed neatly centered-bottom of the photo; almost as if to be over-looked. The text’s message was similar in tone and overall message as the first block text apology, but it seemed unnecessary as the photo stole the show. In fact, when scanning through comments to the “picture apology” the focus remains on the image, hardly ever addressing the four to five sentences of text accompanying it.

As, Twitter user The Walnuts Shopping accurately summarizes: “Three simple letters says it all! Brilliant marketing in the midst of a storm! @kfc (clapping hands emoji)”. Of course, as with most things in life, the reversal of KFC’s fortune in the wake of their crisis was not dependent on only one factor, yet, what cannot be ignored is the effectiveness in ultimately using a photograph as the medium for their communication. 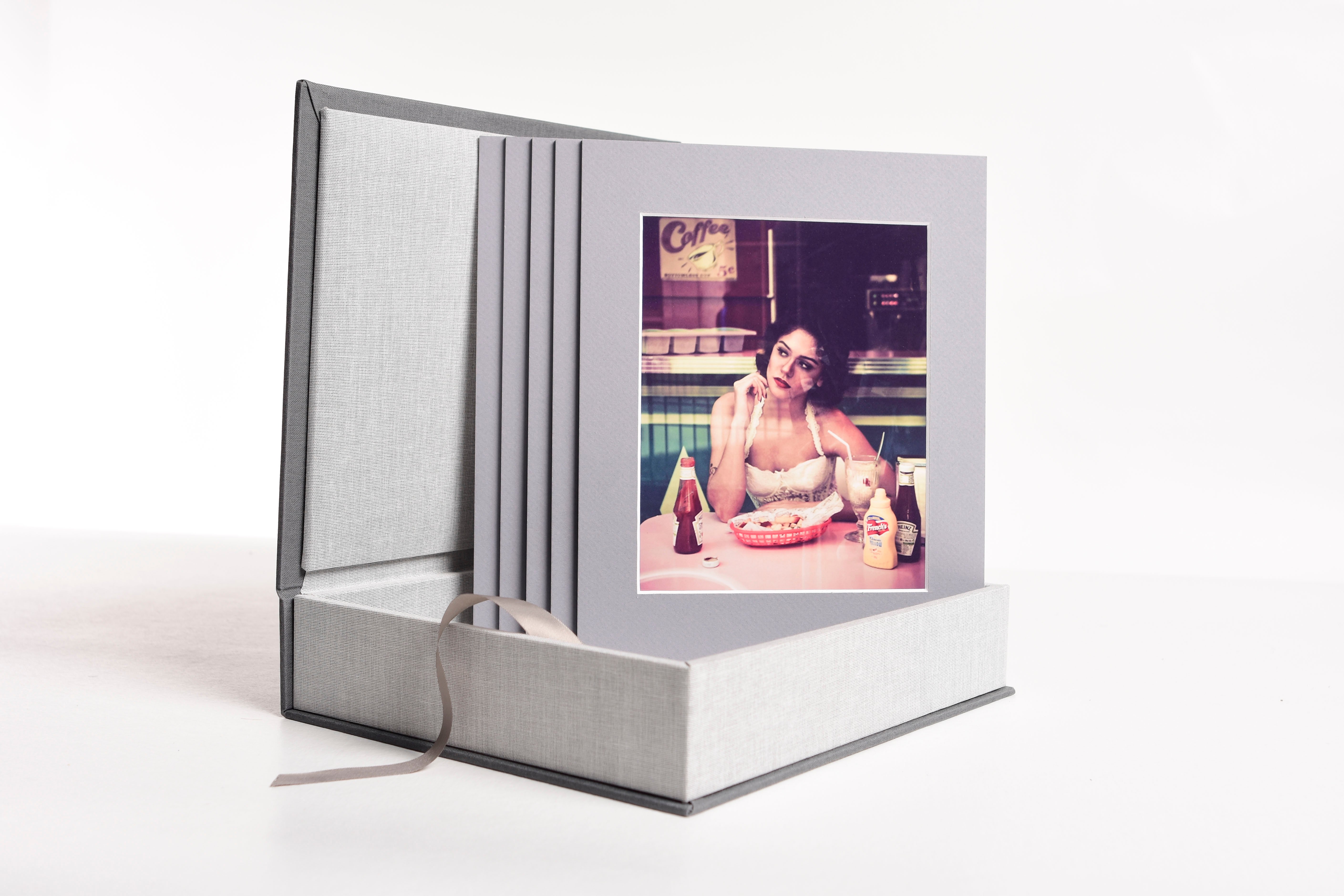 As much as I’m reluctant to admit, being as I’m a man of words – hence the blog posts ;) - our world is a visual world. Words cannot compete with the persuasive potential of imagery. We are simply more readily attracted to, and immediately effected by things we see and can digest quickly and easily.

This, of course, brings us back to our world of photography. OK, so KFC doesn’t teach us anything about photography we didn’t already know, but it does serve as an ever-important reminder that photography (visual arts) is perhaps the most profound medium of communication we have. No other form can deliver a message so instantly, so boldly, and so -while on the face of it – simple, yet invisibly layered and complex. This is something not to be taken for granted. Never stop shooting and don’t underestimate the power of your work to affect.

This brings me to my last point, and the second photography tip KFC has recently reminded us of. One other variable differentiating the first “blocky text” apology from the “brilliant photo” apology is the method of publication. The first apology was only posted on social media while the second, more effective apology, was only printed in old-fashioned print newspapers: the UK’s Sun and Metro publications (the pictures now on social media are pictures of the paper’s picture).

I realize it’s a lunatic stretch to conclude that people accepted the second KFC apology because it was printed and the first one wasn’t, but that’s not my claim. Although, I do claim that it didn’t hurt. I do claim that it was one of the many factors differing between the two that resulted in a more favorable response – admittedly a small one, but significant. When something is printed – especially in today’s day-and-age – it comes with an elevated sense of sincerity and dignity. By printing, and only printing, their apology in newspapers it gives the impression: Oh, wow, KFC must really mean this. I mean they went out of their way to print it in a paper! Who does that anymore? 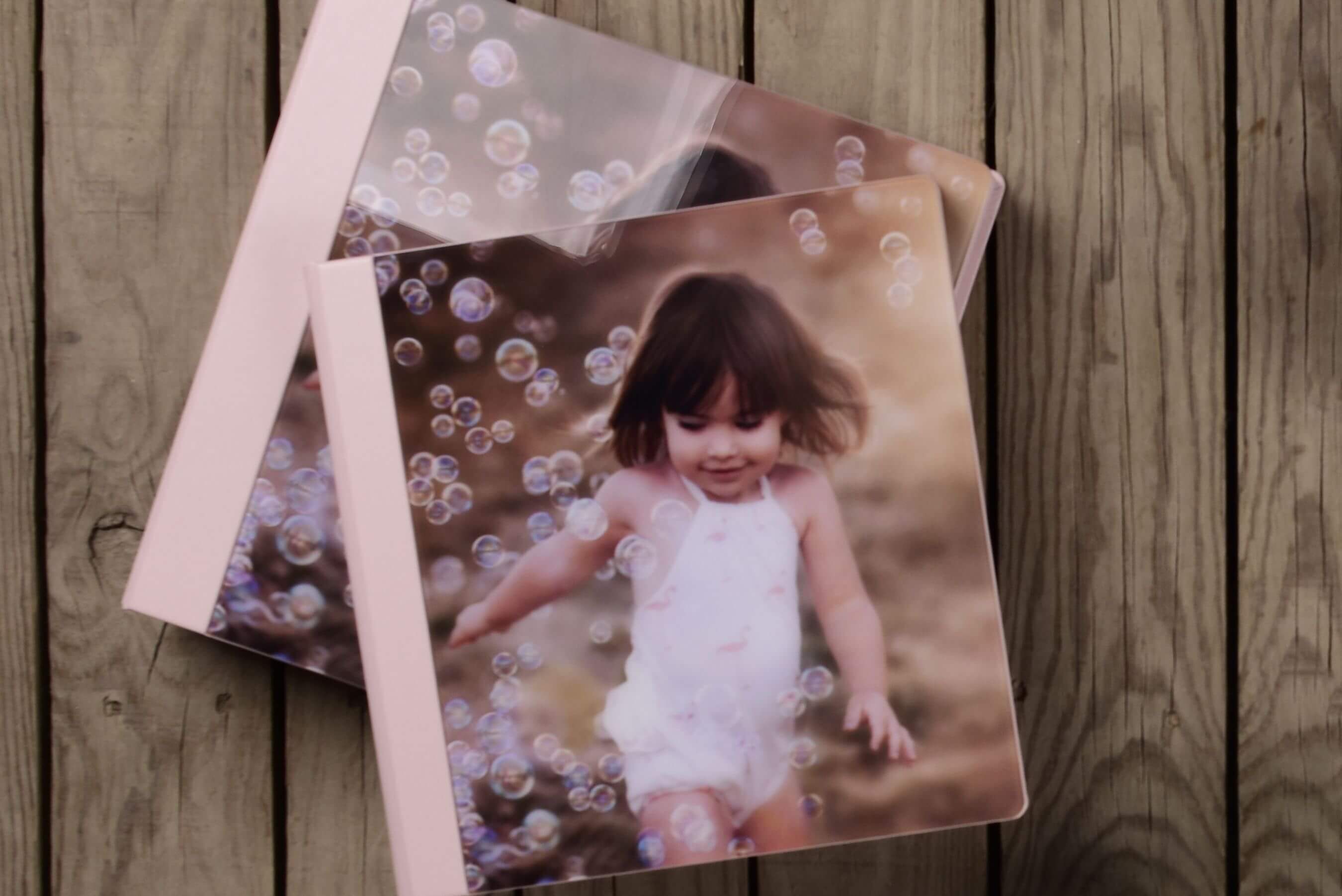 Your photographs are art. Your subjects, especially if people, want to be treated seriously and presented in the most profound and dignified manner possible. Even if they don’t realize that form is in print, once they see it the reality will set in. In the way most music and sound experts (especially older ones) still swear by the vinyl experience over digital sound, you are the expert of atheistic, presentation, and that “wow” effect; your medium of photography. Educate your client and show them the possibilities of print.

Whew, crazy, huh? Didn’t think I could do it? Well turns out even KFC can remind us of important truths about the world of photography. Once upon a time, the fast-food chicken chain liked to claim “We do chicken right!” (well when they have it anyway ;) As a professional, don’t just do photography, but do it right. Keep shooting and capturing those evocative images and don’t underestimate the power of your craft. Take the time to have your pictures printed and, you’ll find clients will comment – in the words of the current KFC, “Nobody does [photography] like [your studio here]!” 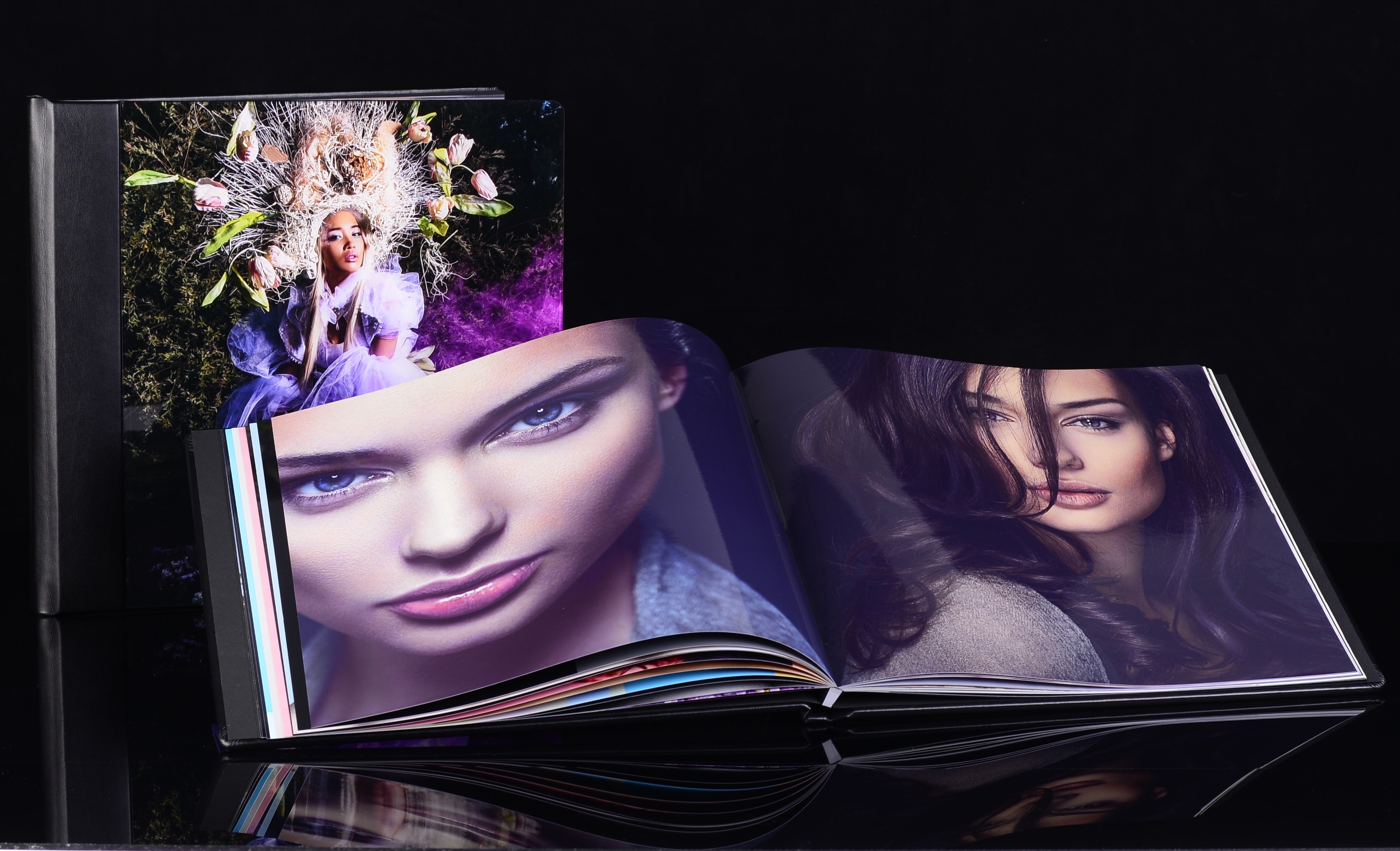